Among the leaders who are talked about the most in the current Indian politics, the name of one of the tallest BJP leader and the country’s Finance Minister Arun Jaitley also comes. The political journey of Arun Jaitley, a lawyer by profession, to reach this stature is no less interesting. Known for his excellent speech style, Shri Jaitley is also counted among the best lawyers of the country. He has advocated in many famous cases of the country.

Arun Jaitley was born on 28 December 1952 in a family of lawyers and social workers. There was always a tradition of social work in his family. His father Maharaj Kishan Jaitley was also a lawyer by profession and lived in Narayan Vihar, Delhi. Arun Jaitley’s mother Ratan Prabha was a social worker. Arun Jaitley completed his schooling from St. Xavier’s School, Delhi. From the very beginning, he was inclined towards studies and he was counted among the bright students of his school. Apart from studies, debates and cricket were his favorite subjects. He completed his further studies from Shri Ram College of Commerce, where he established his identity as a great debater and was also elected president of the student union of his college. He completed his law studies from Delhi University itself. Due to the family environment in his childhood, his interest was advocacy, She had become involved in law and politics and after winning her college elections, she thought it appropriate to move in this direction. During that period, he was greatly influenced by the anti-corruption movement of the Janata Party. And he associated himself with this party and played his part in the movement. The party gave him a position to work in the youth organization.

Arun Jaitley married Sangeeta, daughter of Giridhar Lala Dogra and Shakuntala Dogra and they had a son Rohan Jaitley and a daughter Sonali Jaitley. Both his children have also adopted advocacy as a profession, following in the footsteps of their father.

The true political journey of Arun Jaitley begins in 1974 when he was first elected the president of the student union of his college. His success was not simple as it was a period when the Congress was the most powerful political party in the country, and its student organization, the National Student Union of India, had a strong influence in colleges and universities across the country. At such a time, Arun Jaitley contested the elections in his college under the banner of Akhil Bharatiya Vidyarthi Parishad, the student organization of the Bharatiya Janata Party, and won. He broke the dominance of NSUI in his college. During this period, he was greatly influenced by the strong leader of Indian politics, Jai Prakash Narayan, who is known as JP throughout the country. Meanwhile, in 1975, when Arun Jaitley was learning the lessons of politics, there was an emergency for 22 months in the country. He opposed it and he was among those leaders who had to spend 19 months in Delhi’s Tihar Jail due to this protest. He considers this incident to be the turning point of his life, because during his jail visit he got a chance to see, understand and meet people in many ways.

Arun Jaitley is a well-known leader of the Bharatiya Janata Party and is currently the Minister of Finance and Minister of Corporate Affairs in the Government of India. Apart from this, he is also serving as a member of the Board of Governors of the Asian Development Bank. As everyone knows, he is also a senior advocate of the Supreme Court of India. Earlier, he had also been the Additional Solicitor General of India. He was also the secretary of the Bharatiya Janata Party in 2002 and 2004. In 2009, he left his post when he was elected as an MP in the Rajya Sabha from the Bharatiya Janata Party. He is considered one of the main strategists of his party. He was elected for the third time in 2002 as a member of the Rajya Sabha. Apart from this, he was also the Vice President of the Board of Control for Cricket in India, but due to the allegations against him during the IPL, he resigned from his post to conduct a fair investigation.

Ups and downs in the life of Arun Jaitley

Arun Jaitley ji passed away on 24 August 2019 after a long illness. He had a kidney transplant operation last year. Since then his health has been going up and down. Due to ill health, Arun ji did not present the interim budget in February despite being the Finance Minister. In his place, Piyush Goyal ji presented the budget. Arun ji had also distanced himself from the 2019 general elections. He was admitted to AIIMS Hospital on 10 August due to ill health. Where he also complained of tissue cancer. He breathed his last on 24 August at the age of 66, after which there was an atmosphere of mourning among all his fans. 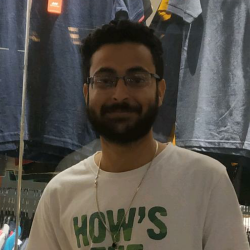